Tu was speaking at a meeting to prepare for a conference on investment promotion and social security in the north west region that will be held in the Son La Province on April 3 and 4.

The region not only plays a strategic role in national defence, security, economy and society, but also has rich land, forest and mineral resources. It also has plenty of other advantages in terms of development of tourism and the agriculture processing industry.

According to the Steering Committee of the Northwest Region, the conference will introduce and advertise the potential and advantages of the region, paving the way for investors and businesses to access key investment projects, as well as understand the region's investment mechanisms and incentives.

As the region continues to face many impediments, especially in transport infrastructure development, the Committee's Deputy Head Truong Xuan Cu, said the Government was considering plans to link the Noi Bai–Lao Cai Highway with other provinces in the region.

The committee was also conducting research for inviting investment for building the Lao Cai and Lai Chau airports, Cu said.

According to a report from the central bank, total outstanding loans in the north west provinces surged 17.1 per cent to VND149 trillion ($6.93 billion) last year, of which 40 per cent were in the agriculture and rural sectors.

During the 2008 to 2012 period, commercial banks had also funded VND1.3 trillion ($60.46 million) for charity and social security projects in the region.

Note: The above article reprinted at the website or other media sources not specify the source https://mocchautourism.com is copyright infringement
Tags: this year, plan to, commercial banks, lend vnd4.7, trillion us$218.6, million to, firms in, the north, west region, state bank, of viet, nam deputy, governor dao, minh tu, said yesterday
Tweet 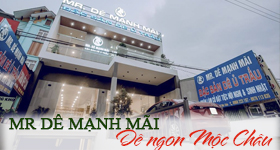